TEXARKANA, Ark. — During a meeting Tuesday, the city Board of Directors unanimously accepted an audit of last year’s municipal financial statements.
In a written opinion, accounting firm Forvis LLP of Rogers, Arkansas, said statements for 2021 “present fairly, in all material respects,” the city’s financial positions and cash flows. The audit also concluded that the city adhered to applicable state law.
“Our objectives are to obtain reasonable assurance about whether the financial statements as a whole are free from material misstatement, whether due to fraud or error,” the report stated.
The city had 131 days’ worth of expenditures in the general fund at the end of 2021, unchanged from 2020.
“That is a very good number. … That’s a good indicator of the health of the city,” Forvis accountant Cynthia Burns told the Board.
“You had a very, very clean audit, as has been the case for a number of years,” she said.
The Board also approved rezoning 31 acres at 3014 Linn Ferry Road from rural residential to mixed use rural. The proposed use for the land is an event center with cabins.
In other business, the Board voted by consent to approve the Texarkana Airport Authority’s donation of a Cold War-era radar dome, or radome, to the National Air Defense Radar Museum in Bellefontaine, Ohio. The Texarkana, Texas, City Council will take up a similar measure during its next meeting, scheduled for Sept. 12.
The plan is for the museum to disassemble the radome in Texarkana and ship it to Ohio for reassembly and restoration. From 1955 to 1968, the geodesic dome sheltered a radar antenna used for U.S. air defense by the Air Force’s 703rd Aircraft Control and Warning Squadron, according to online encyclopedia Military Wiki.
The Board also voted by consent to award a contract worth more than $82,800 to RBIS LLC of Texarkana, Arkansas. The company will install more than 700 feet of 6-inch water main along East 28th Street between County Avenue and Hickory Street.
Print Headline: Arkansas-side Board accepts clean finance audit
Copyright © 2022, Texarkana Gazette, Inc. All rights reserved. This document may not be reprinted without the express written permission of Texarkana Gazette, Inc.

Do Enjoy Reading:   UK's finance minister: borrowing to be higher in the short term - Reuters.com 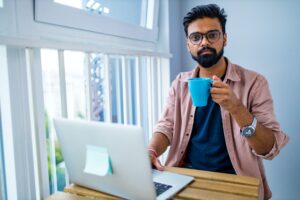 August 25, 2022
Save
What is Personal Finance? Importance, Types, Process, and Strategies?
Sponsored