Claim: Former president Ferdinand E. Marcos became finance secretary during the administration of president Manuel Roxas.
Why we fact-checked this: The claim can be found in a video uploaded on the YouTube channel Filipino Future on August 23 alongside several other questionable claims. As of writing, the video already has 4,103 views.
The bottom line: Marcos never became the finance secretary during the Roxas administration, which lasted from May 28, 1946, to April 15, 1948. The finance secretaries who served under then-president Roxas were Elpidio Quirino, who would become president after Roxas, and Miguel Cuaderno Sr., who became the first governor of the Central Bank of the Philippines.
Roxas’ finance secretaries: According to a master list of Cabinet secretaries and ministers (up to the administration of former president Benigno “Noynoy” Aquino III) found on the website of the Official Gazette, Quirino was Roxas’ secretary of finance from May 28, 1946, to November 23, 1946. Afterward, Cuaderno served as secretary of finance from November 23, 1946, to January 2, 1949, extending beyond Roxas’ term.
Roxas, during his term, instructed Cuaderno to create a charter for a central bank. The Central Bank of the Philippines was established under Republic Act No. 265, approved on June 15, 1948, during the administration of Quirino, with Cuaderno becoming its first governor from January 3, 1949, to December 31, 1960​.
The Official Gazette’s master list does not mention Marcos as a secretary of finance.
More on Filipino Future: Rappler has fact-checked many other claims about the Marcoses made by the Filipino Future YouTube channel, as well as those made by the Facebook page with the same name. – Percival Bueser/Rappler.com
Percival Bueser is a graduate of Rappler’s fact-checking mentorship program. This fact check was reviewed by a member of Rappler’s research team and a senior editor. Learn more about Rappler’s fact-checking mentorship program here.
Keep us aware of suspicious Facebook pages, groups, accounts, websites, articles, or photos in your network by contacting us at [email protected] You may also report dubious claims to #FactsFirstPH tipline by messaging Rappler on Facebook or Newsbreak via Twitter direct message. You may also report through our Viber fact check chatbot. Let us battle disinformation one Fact Check at a time.
There are no comments yet. Add your comment to start the conversation.
JOIN OUR NEWSLETTER
Fearless reporting delivered to you
follow us 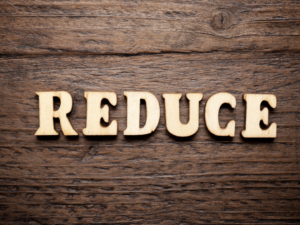 February 22, 2021
Save
How to reduce EMI on Personal Loan