Union Finance Minister Nirmala Sitharaman on Friday said the Indian economy will grow at 7.4 per cent in this fiscal and continue at the same level in the next fiscal as well.
“Our own estimates have also shown based on the developments, that we are definitely at that range…7.4 (per cent) and that level will continue even next year,” Ms Sitharaman said, speaking at the FE Best Banks Awards event here.
She said the International Monetary Fund and the World Bank have projected India’s growth to be the fastest for the next two fiscal years, and their estimates are in sync with that of the Reserve Bank of India as well.
The global situation continues to be challenging and it is not the right time to throw caution to the winds as yet, she said.
The export sector will face difficulties as the global growth slows down, and the government will work with such entities to face the headwinds, she said.
Meanwhile, underlining that we need a rigorous debate on the freebies side, but stressed that political parties making pre-poll promises should make budgetary provisions for taking care of the expenditures and not push the burden on other entities.

Promoted
Listen to the latest songs, only on JioSaavn.com

Ms Sitharaman said power discoms and generating companies have been seen to bear the brunt of such freebies as they get paid in part or in some cases not at all, despite having no role to play in the announcements.
(Except for the headline, this story has not been edited by NDTV staff and is published from a syndicated feed.)
Track Latest News Live on NDTV.com and get news updates from India and around the world.
Watch Live News:
Follow Us:
………………………….. Advertisement ………………………….. 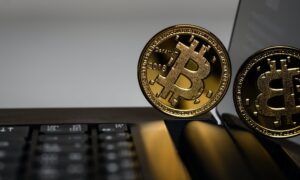