Joliet City Councilman Pat Mudron at a 2021 council meeting. (Gary Middendorf – [email protected]/Gary Middendorf)
The mayor on Tuesday removed Councilman Pat Mudron as chairman of the Joliet City Council Finance Committee, the latest fallout from an investigation into his insurance dealings.
Mayor Bob O’Dekirk, near the end of a City Council meeting, announced he was removing Mudron from the Finance Committee, which he has chaired for the last two years.
It was the second action taken by the mayor to reduce Mudron’s standing on the council after removing him last month as the city liaison to the Rialto Square Theatre.
O’Dekirk cited Mudron’s business dealings as the reason for his removal from the Finance Committee.
“I don’t think it’s proper at this point to keep you on the Finance Committee,” the mayor said.
Mayor Bob O’Dekirk (Geoff Stellfox – [email protected]/Geoff Stellfox – [email protected])
He then told the council he would look for someone to step up to serve as chair and someone to replace Mudron on the three-member committee.
Councilwoman Sherri Reardon, who’s also on the Finance Committee, said she would be willing to serve as chair. No council members volunteered at the Tuesday meeting to replace Mudron as the third committee member.
O’Dekirk appointed himself as city liaison to the Rialto Square Theatre when no council members stepped up to replace Mudron after the mayor removed him from that position.
Mudron did not comment on the mayor’s action at the Tuesday meeting, and he could not be reached later Tuesday night for comment.
Mudron is a partner in Mudron Kane Insurance, which became the Rialto’s insurance broker in April when the theater faced the prospect of losing insurance.
Rialto board Chairman Robert Filotto turned to Mudron for help after being informed by the theater’s previous broker that it may not be able to find insurance because the Rialto building has no sprinkler system.
The Rialto Square Theatre is located on Chicago Street in downtown Joliet. (Geoff Stellfox – [email protected]/Geoff Stellfox – [email protected])
The previous broker, Brown & Brown, eventually found building coverage at a premium of $450,000, which was up from a previous policy costing the Rialto $72,000. Mudron Kane found an insurer providing full coverage, including liability and umbrella insurance, for $248,000.
Mudron said his son Shamus, a partner at Mudron Kane, handled the Rialto policy and received the commission for the business.
Another partner, Joe Kane, has been handling insurance business for the Joliet Area Historical Museum, although Mudron said the policy actually is owned by the estate of the late Jeff Thompson, whose firm Northern Illinois Insurance was the previous broker for the museum.
Joe Kane took over the policy as Mudron Kane attempts to buy it and other policies held by the Thompson estate, according to Mudron.
Neither the Rialto nor the museum are directly overseen by the city. But the city does provide an annual subsidy to both the Rialto and museum. Joliet owns the building used by the museum and is a partner with the museum in the Old Joliet Prison project.
The city inspector general, who reports to the mayor, has determined that Mudron violated state law and a city ordinance because of his involvement in the Rialto and museum insurance, which he had not disclosed to city officials.
O’Dekirk has said that the inspector general’s findings were referred to the Illinois Attorney General’s Office for review.
Copyright © 2022 Shaw Local News Network
Copyright © 2022 Shaw Local News Network 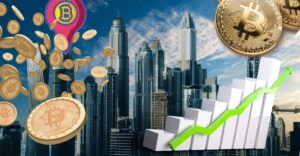 What is Cryptocurrency Banking ?

December 3, 2021
Save
What is Cryptocurrency Banking ?
Sponsored