International Edition
Private green finance has been hard to come by for developing nations, but conflicting government policies in climate and energy are making the problem worse, said speakers at a green finance panel on Tuesday.
Indonesia, the world’s top coal exporter, needs to be serious about retiring domestic coal plants early and provide clear guidance on its long term decarbonisation plans before investors will cash in on green projects, they said at the Unlocking Capital For Sustainability Indonesia event hosted by Eco-Business.
Private cash is important for Indonesia. A recent study by California-based think tank Climate Policy Initiative found that Indonesia needs US$250 billion of investments by the end of 2030 for its climate ambitions, which includes cutting emissions by 40 per cent from a business-as-usual scenario. The government has thus far only managed to fund a third of the amount, the study found.
Newsletter subscribers do not necessarily have a website account. Please sign up for free to continue reading!
One key stumbling block is the continued support for fossil fuels, experts said.
“Doing things in renewable energy is one thing,” said Pradana Murti, director of risk management at state-owned project financing firm PT Sarana Multi Infrastruktur.
“With the current excess supplies in Indonesia, we are forced to think about early coal retirement as well,” he added.
Indonesia’s coal power buildout in the past years means that the country is producing more than 1.5 times its needed power, crowding out the market for renewable projects, according to a report by American think-tank Institute for Energy Economics and Financial Analysis.
Indonesia also subsidises domestic coal power generation by capping the price at which its state utility firm buys the commodity, even as it has already set a target to close all coal plants by 2055, and is considering hitting net-zero emissions by 2060. Two-thirds of Indonesia’s electricity comes from coal today.
Governments tend to have headline climate ambitions but retain development policies that run counter to their goals, said Zoe Whitton, managing director of London-based climate consultancy firm Pollination.
A “consistent policy” that supports sustainable infrastructure development will be key, Whitton said, in response to a question on the key enabler for Indonesia’s green growth.
Having a clear, stringent guide on what counts as green projects will also attract investors keen to demonstrate their support for sustainability, Whitton added.
Indonesia has such a guide, known as a “green finance taxonomy”, but analysts say its inclusion of an intermediate grade for projects not significantly harmful to the environment could allow some fossil fuel projects to slip through.
Pradana said that sustainable development in Indonesia is still a “balancing act” between economic growth and decarbonisation, noting that the country’s emissions are expected to continue rising till 2030. Indonesia has said that it needs to maintain economic growth to cut poverty rates in national climate submissions to the United Nations.
“The overall policy is not perfect yet. It is not providing a level playing field between high emissions and sustainable activities. Several initiatives are moving towards that direction, but the public will see some inconsistencies in public policy,” Pradana said.
“It is somewhat understandable, although at the same time frustrating from the private sector perspective,” he added.
The bankability of big infrastructure projects in Southeast Asia is another factor keeping investors away from the region, said experts.
Clean energy projects could face greater scepticism from investors as there is little consensus on issues like project duration and costs in the energy transition, Whitton said.
“The same level of assurances that they would have for normal projects aren’t enough anymore,” she said, adding that large, “transformative” infrastructure for climate resilience are also tricky to finance, and the willingness to pay seems to be contingent on experiencing costly extreme weather events.
“It is not a great way to increase funding ambition,” Whitton said.
Pradana conceded that attracting investment for new projects will be more challenging than seeking funding to continue existing ones due to investors’ need for profitability, resulting in a need to “cherry pick” projects to publicise.
Dr Yuki Mahardhito Adhitya Wardhana, senior vice president of PT Penjaminan Infrastruktur Indonesia, a state-owned guarantor for infrastructure works involving public-private ties, added that there is a considerable gap in the willingness to pay for renewable energy projects from consumers.
New financing models and public-private partnerships could help to reduce costs and risks, he said. His organisation has been supporting over 30 projects involving private sector tie-ups, in the energy, water and transport sectors.
Similar blended finance initiatives are helmed by multilateral organisations operating in the region, such as the Asian Development Bank.
Developing countries have long called for more climate finance from richer countries, even as a previous initiative to provide US$100 billion a year by 2020 fell short by nearly 20 per cent.
Efforts towards a formal deal on climate and clean energy by Group of Twenty (G20) countries, which are some of the world’s biggest economies, failed last week during a meeting in Indonesia. Only a list of voluntary principles on issues like financing and renewable energy was adopted.
Themed ‘The role of sustainable finance in a disrupted world’, this year’s Unlocking capital for sustainability forum features four regional virtual dialogues spanning Malaysia, India, Indonesia and the Philippines, and culminates in a two-day hybrid event held in Singapore. The next dialogue on the Philippines will be held on Thursday (8 Sep). 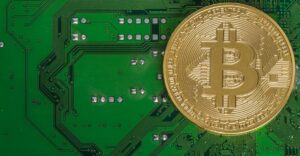 How to Trade in Crypto- Beginner’s Guide